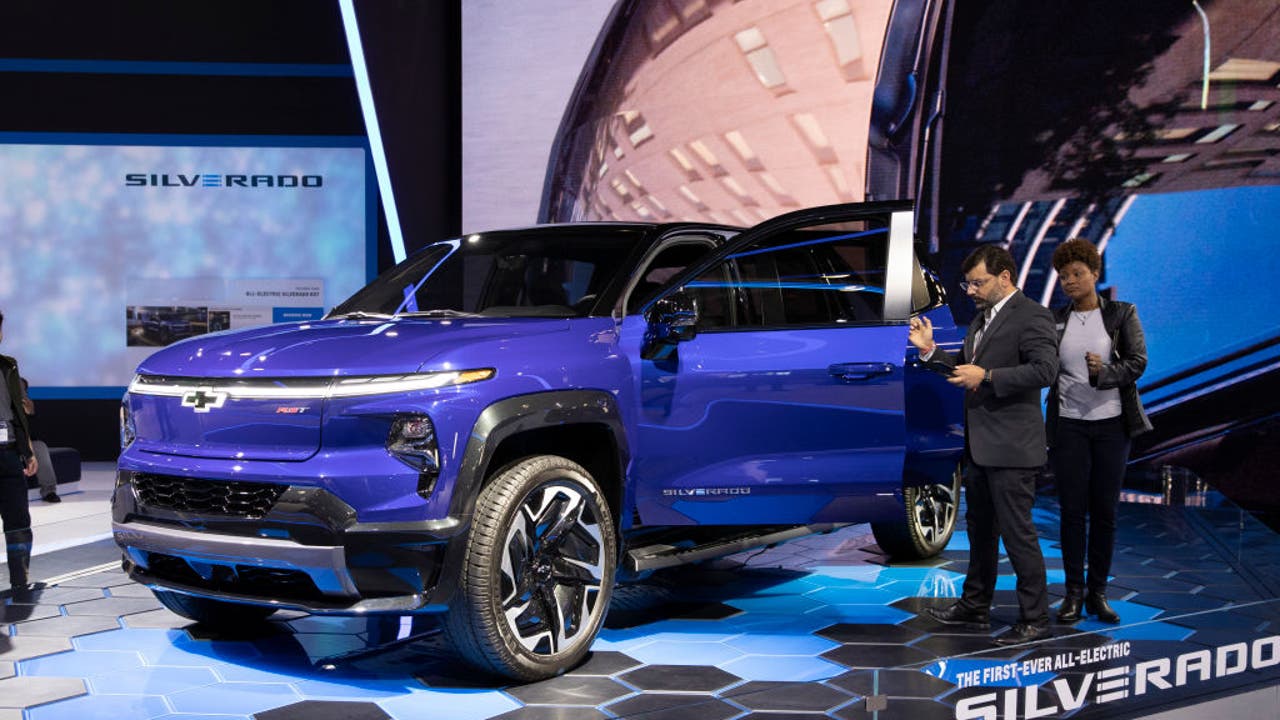 Are electric vehicle batteries as green as they say? Yes and no

Eric Wachsman, a professor at the University of Maryland and director of the Maryland Energy Innovation Institute, explains some of the reasons why some people aren’t totally in favor of electric vehicles.

In their early deployments of electric vehicles, US automakers targeted people who value short-range fuel-efficient cars. Then came electric vehicles for luxury buyers and van and delivery van drivers.

Now, companies are focusing on the heart of the US automotive market: the compact SUV. In their drive to ensure electric vehicles dominate vehicle sales in the years to come, automakers are promoting their new models as having the lineup, price and features to rival their gas-powered rivals.

Some are so far very popular. Ford’s $45,000+ Mustang Mach E is sold out for the model year. On Monday night, General Motors’ Chevrolet brand showed off an electric version of its Blazer, also starting at around $45,000, when it goes on sale next summer.

Also coming next year is an electric Chevy Equinox, with a base price of around $30,000, the price of which could give it particular appeal to low-income households. There’s also the Hyundai Ioniq 5 and Volkswagen’s ID.4 in the $40,000 range and Nissan’s upcoming Ariya around $47,000 with a cheaper version to come.

All start considerably cheaper than Tesla’s Model Y small SUV, the current best-selling EV, with a starting price well into the $60,000s.

The new models, which can travel around 300 miles per electric charge, are aimed at the largest segment of the US market: midsize SUVs, which account for around 20% of new vehicle sales. Industry experts say the move into the smaller SUV segment, with its reach to a broader demographic of buyers, is sure to boost electric vehicle sales nationwide.

Brinley noted that the small and midsize SUV segments meet the needs of many people, which previous electric vehicles did not.

“If it’s a price you can achieve but it’s a product you can’t put your kids and your dog into, you’re not going to buy it,” she said.

Chevrolet claims the Blazer will get a minimum of 247 miles (398 kilometers) per charge. More expensive top-end versions could go up to 320 miles (515 kilometers). The Blazer will be available with Chevrolet’s SS Performance Package with a 0-60 mph (97 km/h) time of under four seconds. There will also be a police version.

“In the beginning, the demographic of an EV buyer was definitely someone with maybe a higher education, a higher family income,” said Steve Majoros, chief marketing officer for Chevrolet. “That’s very telling of early adopters. But as we move up that curve, the intent and where we’re pricing this product is definitely to make it more available to more traditional buyers.”

To appeal to buyers of modest means, electric vehicles need to be even lower, in the $30,000 to $35,000 range, GM CEO Mary Barra said in an interview this week with The Associated Press. Electric vehicles, she said, also need to have the range and the charging network to be the only vehicle some people own.

“Most electric vehicle owners today own multiple vehicles, so they have an internal combustion vehicle to jump into depending on their needs,” Barra said.

Automakers have pushed to fully restore a $7,500 tax credit for people who buy electric vehicles to boost sales. But the measure is blocked in Congress. This is especially important for GM, Tesla and Toyota, which have limited the number of credits allowed to them and can no longer offer them to buyers. Other automakers are also approaching the limit.

The money for the credits, along with funding for additional electric vehicle charging stations, was in President Joe Biden’s $1.8 trillion ‘Build Back Better’ social and environmental bill, which is virtually dead. over the objections of Senator Joe Manchin, a resident of West Virginia. Democrat.

Last week, Manchin also rejected a slimmed down version that included provisions to tackle climate change. He indicated support for just two elements of Biden’s broader agenda: lowering prescription drug costs and bolstering subsidies for families to buy health insurance. His vote in an equally divided Senate would be needed for anything to pass.

Even without the tax credit, the industry’s march toward electric vehicles is progressing rapidly. Edmunds.com says electric vehicles now account for about 5% of new vehicle sales in the United States with 46 models on sale. S&P’s Brinley predicts market share will grow to 8% next year, 15% by 2025 and 37% by 2030.

“It looks like the number of choices is growing exponentially for electric vehicles as we move forward,” said Erich Merkle, Ford’s chief U.S. sales analyst.

Demand for battery-powered vehicles and gasoline-electric hybrids has increased with soaring gasoline prices this year. Dealerships report that each vehicle delivered is usually already sold or gone shortly after it arrives.

Jonathan Chariff, CEO of South Motors, a group of 11 South Florida dealerships, said it’s impossible to gauge just how big the demand for electric vehicles is. There’s huge interest, especially in electric SUVs, and the vehicles are selling out fast. But supply is limited because automakers don’t have enough computer chips to build as many vehicles as they want.

Given the huge consumer interest in electric vehicles, Chariff said he expects the vehicles to continue selling even if their prices don’t drop.

“The real question,” he said, “is if and when the supply chain can meet market demand, what is the true price?”