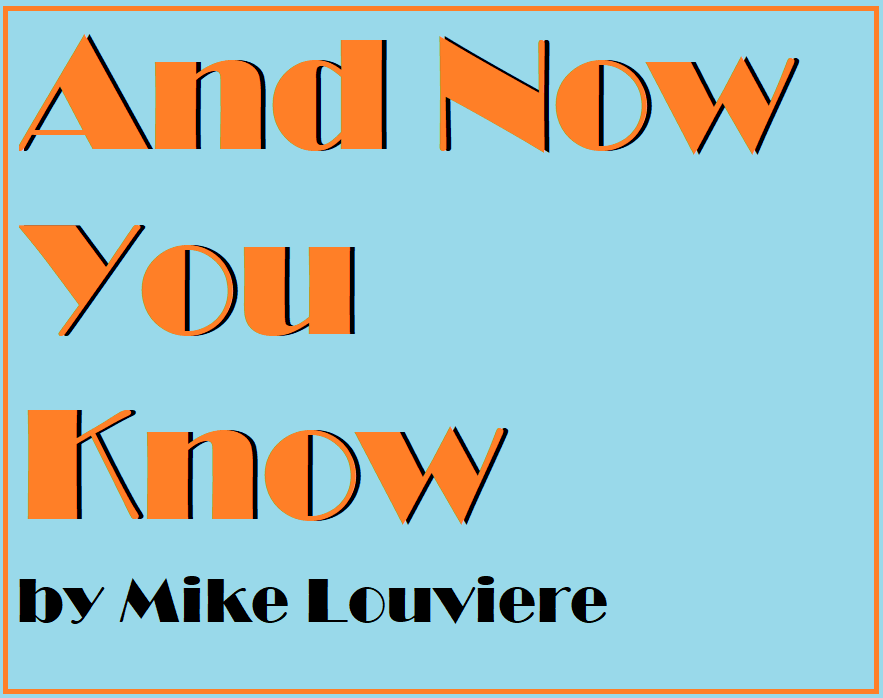 And now you know: the crime wave of January 1929 – Orange Leader

Mike Louviere
And now you know

On the night of January 24, 1929, a “crime wave” began in Orange and ended with robberies and a shooting in Vinton. Two young boys, Phillip Gariaska, 17, and Edmond Parks, 18, left Beaumont, stopped in Orange to commit a few robberies, then drove to Vinton to continue robbing stores.

They were caught in the act of robbing the EJ Moreau store by LC Slocum, the Vinton Police Department night patrolman. Shots were exchanged. Slocum shot the Parks boy in the left leg, and Slocum’s arm was grazed by a bullet fired by one of the boys.

The boys went to a Lake Charles hospital for treatment of the injury where they were apprehended by Calcasieu Parish Sheriff Henry Reid and several of his deputies.

Parks was taken into custody at the hospital. Gariaska was taken to the parish prison. Some of the items taken during the robberies were found among the boys’ possessions when they were arrested.

A .38 caliber Smith and Wesson pistol taken from the John R. Adams store, two hunting knives and a bag of money bearing the name National Bank of Orange and containing $55 in cash were among the items found.

The robberies had probably started the day before around 8 p.m. in Orange. Evidence had been uncovered by Carroll Smith, a grocery clerk at the John R. Adams store. Smith had stopped by the store around 10 p.m. after going to the “picture show.” Police officer Will White had been notified and an investigation had begun. Fifteen dollars was missing from the hardware cash register, $20 from the grocery store cash register, and about $40 from a special cash drawer in the main office upstairs. A pistol, three hunting knives and a compass were also taken. Entry had been gained by breaking a hole in the door glass, then reaching and operating the door latch.

After the theft was discovered at the Adams store, officers discovered that the Joe Lucas jewelry store had been broken into. Entry was gained by smashing a rear window after iron guard bars had been sawn through. A quantity of jewelry, watches, watch fobs, mesh jewelry bags and leather goods were taken. The cash register had been damaged during an attempt to open it. The attempt failed, no money was taken. A .45 caliber pistol had also been stolen from the store.

At the Orange Motor Company gas station office, the ledger had been opened and $22 was missing. A hole had been drilled in the glass and the thief had reached and turned the latch. The theft was discovered by Louis Swords when he arrived around 1am to open the business for some cars to be delivered.

At the Magnolia gas station, the cash register was opened and only about 60 cents, all in pennies, were taken. Entry was through a rear window. Malcolm Chapman was the first to arrive at the station and called the police.

The Chevrolet Motor Company in Orange had also been seized by the robbers before they traveled to Vinton to continue their crime spree.

After the shooting in Vinton, the officer knew the boys were heading to Lake Charles and contacted Sheriff Reid.

The boys left Vinton in Thurston Lyons’ allegedly “drowned” car and pulled over. They then used a Buick Roadster that had been stolen from Beaumont to drive to Lake Charles.

Vinton’s officer thought there might have been three men but wasn’t sure. Sheriff Reid said he was of the opinion that only two men were involved in the robberies.

Sheriff Reid said he found items that were taken from a store robbery in Edgerly four nights before those robberies.

The boys confessed to the thefts after easily revealing their identities. Sheriff Reid declined to discuss the thefts at Orange.

A Pittsfield man has been killed after a fire in his Chevy Monte Carlo. This car has a long history with engine fires | Berkshires Center