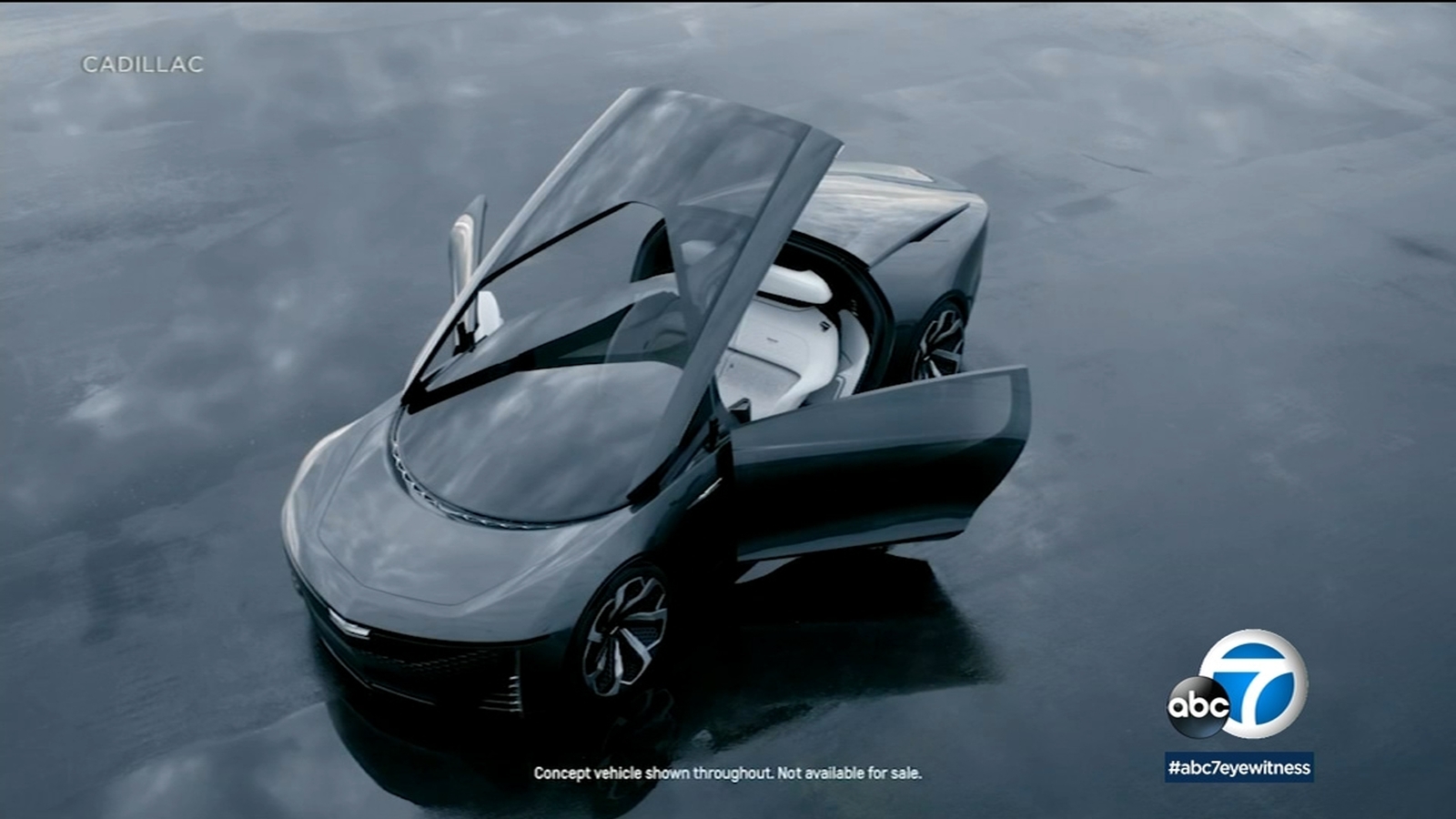 A look at the future of cars, from Polestar to GM’s underground advanced design studio in North Hollywood

By Ronald S. Welch On Mar 12, 2022
Share
LOS ANGELES (KABC) — If the future of motoring is electric, the new Polestar brand is off to a good start.

Electric vehicles only. Right now the only model you can buy is the somewhat bland model Polestar 2. But beware, a sleek concept called Precept will arrive in about two years as the production Polestar 5.

And now something to really move the needle of Volvo’s offshoot, another concept called Polestar O₂ – like in oxygen. Lots of that inside once you open the roof. Yes, an electric roadster.
“Of course electric drive is suitable for that. Why would you want to take advantage of the cool breeze, but a meter behind you there’s an exhaust poisoning that breeze,” said Thomas Ingelath, CEO of Polestar Cars.

Since concept cars almost always need a gimmick, this one has a drone that launches from the back deck. But other than that, the concept seems ready for the showroom.

“It’s a concept that’s not dream technology. This car we could produce. The technology is there,” Ingelath added.

Obviously the cars are going to look and drive very differently in the future. And across the automotive industry, engineers and designers are working hard to create that future.

At General Motors’ underground Advanced Design studio in North Hollywood, future Cadillacs are being imagined. With a predominantly underbody electric drive system, stylists can think outside the box.

“It gave us some design freedom,” said Frank Saucedo, director of GM Advanced Design California.
But several concepts under the generic name “Halo” aren’t just electric. They are a preview of self-driving or self-driving vehicles. Like the InnerSpace where two people can relax and be pampered, plus sights (via a huge wraparound display screen), sounds and even scents.

“The EV (electric vehicle) is one side of it. But really the AV (autonomous vehicle) is going to give you a lot more freedom. And so you’re going to see things differently, because you’re not focused on the task at hand. It’s a really easy way to travel. And that’s what we’re saying luxury will look like in the future,” said Saucedo, a design veteran at GM.

Another Halo Cadillac concept is something for the whole gang or the whole family, called SocialSpace. It’s so much like a futuristic house den, there’s even a virtual fireplace in the front.

Concepts like SocialSpace and InnerSpace are quite far apart, both figuratively and in time. Maybe 2030 or beyond before they’re ready to hit the road.

But others, like the Polestar O₂, look almost ready to go and promise a future much closer to electric power. Something that has many industry insiders excited.

“It’s clear to everyone that the future of mobility lies in electrification,” said Thomas Ingelath of Polestar.

Louis Chevrolet steps up a gear for a new version: discover the Speedway LC17

Law enforcement struggles to get vehicles and supplies – Jamestown Sun