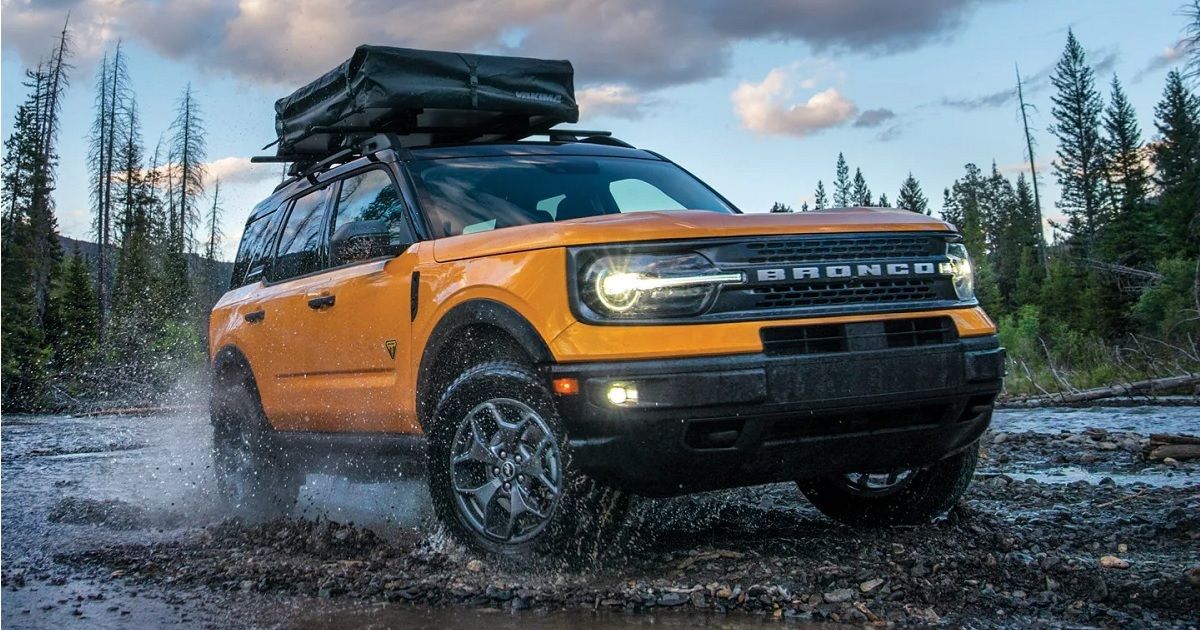 Looking back over more than a century of the American automotive industry, hundreds of automakers have continuously flooded the market with thousands of models. But as history keeps reminding us, cars always come and go, with only a few enjoying long production runs. For better or worse, automakers are bound to keep up with new technologies and designs, sometimes canceling specific makes and models to create room in the product catalog.

Related: The Most Underrated Cars America Has Ever Made

But as new cars go into production, an opportunity sometimes arises to bring back famous badges from the car graveyard. However, reviving brands that made waves in their day does not guarantee success in the modern market. Some big badges have done well to find success again, almost as if they never left. On the other side of the spectrum, several others disappointed and struggled to make an impact, making us wish they had stayed dead.

The Ranger first appeared in 1967 as a large luxury option for the classic Ford F-100 and F-250 models. Since then, Ford has transformed the Ranger with size changes, design upgrades, engine options and even a failed attempt at electrification between 1998 and 2002.

The Ranger was one of the best-selling light trucks of its day, but declining sales in the 2000s forced Ford to discontinue the Ranger in 2012. However, people missed the Ranger during its absence, and increased interest in midsize trucks like the Toyota Tacoma encouraged Ford to revive it. Since its revival in 2019, the Ford Ranger has managed to become a formidable contender in the midsize truck category.

Famously designed by Dante Giacosa, the iconic ‘Cinquecento’ debuted in 1957 as a cheap, economical and functional city car for post-war Italy. Over the years, the Fiat 500 has had worldwide success in different versions such as the 500D, 500 Giardiniera, 500 F, Lusso and Rinnovata.

Related: Here’s what you need to know about the Fiat Centoventi

Over time, Fiat gained a bad reputation for poor quality, eventually canceling the Fiat 500 in favor of the Fiat 126. Fiat released a modern interpretation of the original 500 on the model’s 50th anniversary in 2007, but anemic sales have hampered his return to fame. . By 2021, Fiat had stripped most of the 500 models in the US, keeping only the four-door 500X.

While the Mazda RX-7 and Datsun 280Z dominated the 70s and 80s, Toyota finally found an answer to the competition with the Supra model. The durable construction, timeless design and monster 2JZ-GTE engine have made the Supra an icon on the track and on the road, not to mention its movie and car culture successes.

However, Toyota chose to kill off the Supra in 1998 as drivers gradually lost interest in expensive sports coupes. Two decades later, the automaker changed its mind, collaborating with BMW to unveil the fifth-generation Supra in 2019. Cheerful handling, firm brakes and heavy steering make the modern Supra a true sports car and without arguably one of the best driving cars. cars on the market.

The Chevy Nova’s best years began in the late ’60s after it gained V8 engine options, pushing it well into muscle car territory. For the most part, the Nova epitomized American motoring in the 60s and 70s, with some classic collectibles arriving with Yenko, L78 and L34 engine configurations.

New vehicle regulations in the 1970s complicated matters for muscle cars in general, and Chevy Nova sales began to plummet until production ended in 1979. However, it made a surprise comeback. in 1985, this time in the form of a disappointing Toyota rebadge. Corolla. The new model was a far cry from the original, which is why it received little love until its demise in 1988.

The Charger first hit showrooms in 1966, but the fan-favorite model appeared in 1968, designed for high-speed street racing with distinctive fastback roof styling and full-width taillights. . The Charger became an iconic model throughout the muscle car era, cementing its status in pop culture with classic movie features like Bullit and Dukes of Hazzard.

Unfortunately, the fuel crisis has made high-performance cars obsolete. The Charger became less dominant with wide production gaps as Dodge attempted to make it accessible to enthusiasts. Although the Charger was finally killed off in 1987, it reappeared as a rear-drive four-door sedan after a 20-year hiatus. Fortunately, the new models nod to their muscular past, delivering incredible performance that ranks them among the fastest cars available.

The Taurus legend began with the 1986 first-generation model, one of the groundbreaking sleeper cars that set the standard for subtle yet fast sedans. The Taurus soap dish design was a hit from the start, and the model became even more popular with the introduction of the high performance 1989 SHO models.

Unsurprisingly, the Taurus was the best-selling car in the United States from 1992 to 1996. But Ford neglected the model and it gradually lost its style until the SHO variant was discontinued in 1999. A decade later Ford has relaunched the SHO as a trim option for the latest generation Taurus. Unfortunately, capturing the magic of the original amid an SUV frenzy was tough, and Ford axed the entire Taurus lineup in 2019.

The Camaro’s debut in 1967 as a response to the popular Ford Mustang marked the birth of one of the fiercest rivalries in automotive history. The Camaro made an impression with flavors such as the SS, Rally Sport, Z/28, Berlinetta and IROC-Z, which were integral to its transformation into an iconic muscle car.

By the early 2000s, the sports car market had shrunk dramatically, and Camaro sales were down 53% from 1990. After ceasing Camaro production in 2002, Chevrolet changed its mind and revived in 2010. Luckily, the styling was reminiscent of the original, and the revived pony car wars succeeded the Camaro again.

3 Should have stayed dead: Dodge Dart

Chrysler introduced the Dodge Dart for the 1960 model year, marketing it as its low-cost offering to replace the Plymouth. Thanks to impressive redesigns and significant engine choices, the Dart became a household name in the 60s and 70s. finally put to rest.

Related: 5 Worst Dodge Engines Ever Put In Their Cars (5 That Were Amazing)

When Chrysler and Fiat merged to form Fiat Chrysler Automobiles, the Dart returned after 35 years, this time as a relatively premium four-door compact sedan for the 2013 model year. new sedan model shared nothing with the original Dart. Unsurprisingly, slow sales eventually forced Fiat Chrysler to discontinue the model for good in 2016.

The original Bronco that debuted in 1966 has become an icon synonymous with adventurous lifestyles and remarkable off-road capabilities. The Bronco earned its stripes as a versatile alternative to four-by-fours such as the International Harvester Scout and Jeep CJ, morphing into a proper and respectable full-size SUV before rolling out of production in 1996.

After teasing enthusiasts for over 15 years, the beloved Ford Bronco has finally returned from the graveyard for a 2021 model year. The Bronco was an immediate success, with Ford delivering on its promise to deliver a model with the spirit of a Mustang and the sturdiness of an F-150.

1 Should have stayed dead: Ford Thunderbird

The original two-seater Thunderbird introduced in 1955 was a thing of beauty, becoming an instant hit and a masterpiece that attracted buyers of all ages from different walks of life. Despite transformations from projectile to aerodynamic styling over its lifetime, the Thunderbird remained famous as the epitome of personal luxury until changing customer tastes put it into retirement in 1997.

Reviving the two-seat convertible might have seemed like a no-brainer at first, but what Ford delivered was a disappointingly boring Thunderbird from what people remembered. The soft-sprung but overweight roadster that arrived in 2002 looked good from a distance, but its agonizing interior confirmed that the reincarnated model was far from good. Considering it was also a dull car to drive, the new bird deserved to have its wings clipped for good in 2005. Or was it? According to Ford Authority, the Ford Thunderbird could return in 2022 as a vertical take-off and landing (VTOL) vehicle.

British sports cars are some of the finest ever built, but not all of them are worth the investment.

Simon Kim has always had a passion for machines since childhood, and it became an obsession well into adulthood. As an avid reader and writer of creative content, he finds joy and fulfillment in sharing his love for cars and bikes with other machine heads. Currently Kim is looking to provide exciting and informative articles about HotCars. He loves music and art and enjoys active sports and virtual games in his spare time.