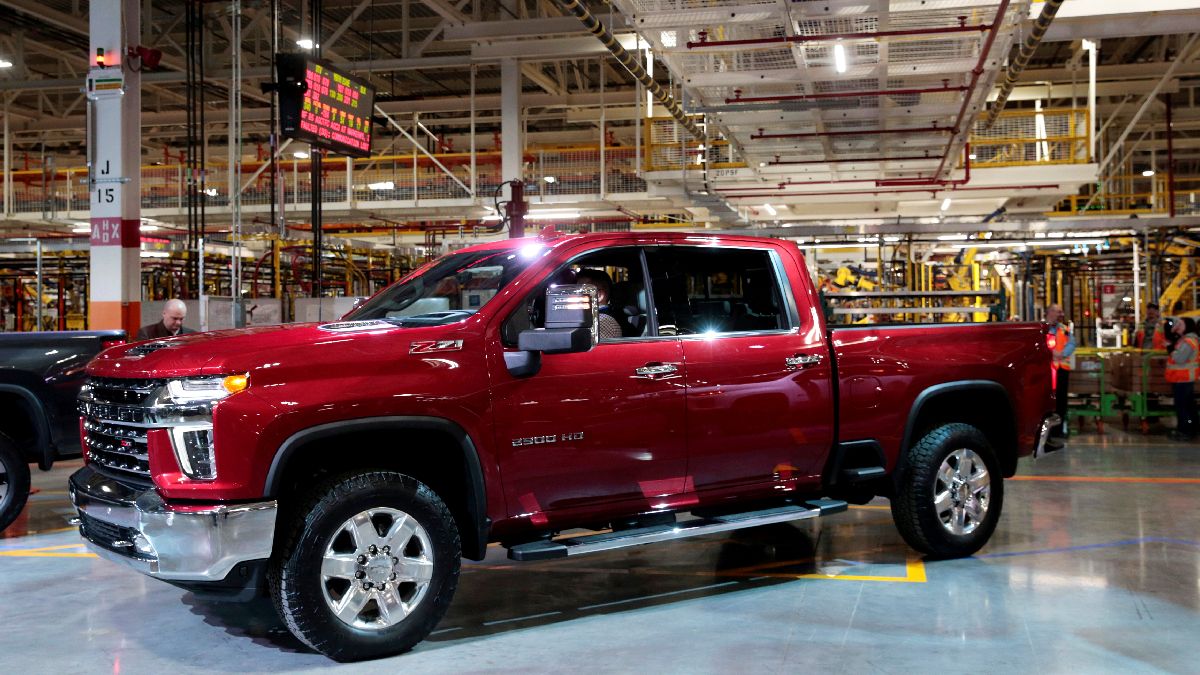 General Motors will be giving its best-selling Chevrolet Silverado pickup truck models a makeover next spring to correct the competitive shortcomings that have left Chevy in third place in one of the world’s most lucrative vehicle market segments.

Catching up with competing trucks from Stellantis NV and Ford Motor, most 2022 Silverado models will benefit from larger dash displays and new connectivity technology with built-in voice commands and Google software.

Chevrolet will also add a 420-horsepower Silverado ZR2 designed for tough off-road adventures – or to make the owner look like them. The Silverado ZR2 will chase Ford’s F-Series Raptor and Stellantis Ram TRX, which are attention-grabbing performance models for these brands.

The current Silverado, launched in early 2019, was overtaken in sales by rival Stellantis NV’s Ram pickup. The 2018 Ram got a facelift with a more refined interior and a 12-inch (30.5cm) dashboard display that was closer to the styling of a Tesla Model S sedan than a conventional pickup truck.

The Fiat Chrysler unit of what is now Stellantis also increased production capacity for Ram pickup trucks in North America, aiming to replace the Chevy Silverado as the # 2 brand in the North American pickup segment.

This strategy – led by Mike Manley, now head of Stellantis North America – has worked. In the first half of 2021, Ram pickup trucks have overtaken Silverado sales and now sit second behind Ford’s F-Series trucks, the best-selling model line in the United States for over 40 years. , according to sales data compiled by Automotive News. .

Steve Carlisle, GM’s North American operations chief, told Reuters GM has learned of Ram’s challenge. “You have to be very agile and react,” he said. “And maybe ask different kinds of questions.”

Going forward, Carlisle said GM sees the market move from “bigger is better” when it comes to dashboard displays to more focus on improving user experience. .

Carlisle said his goal for the revamped Silverado is to knock Ford out of first place in the segment.

“We will not rest until this happens,” he said, although he added, “we are going to do the right thing from a brand perspective.”

Ram and Ford have their own upgrades coming for 2022. Ram trucks will benefit from improved infotainment systems. Ford is touting a hybrid system available on the F-150 pickup that can power a home and is promoting its all-electric F-150 Lightning next spring.

The new Silverados will benefit from other new technologies. The redesigned trucks will be the scaled-up application of GM’s partnership with Alphabet’s Google to create a more smartphone-like car experience. And the top-of-the-line Silverados will offer GM’s Super Cruise system as an option to enable hands-free driving over 200,000 miles (321,869 km) of roads in Canada and the United States.

The Silverado ZR2 responds to a more traditional form of motor racing. Powerful pickup trucks fitted with high, sturdy suspensions and other modifications to handle races in rugged desert or bouncing sand dunes became the 21st century answer to Detroit muscle cars of the 1960s. Ford and Ram had models. designed for extreme off-road enthusiasts. Chevrolet did not. Now it’s OK.

Carlisle said 60 percent of the Chevrolet Silverados sold now are “lifted trucks” with high suspensions. The Silverado ZR2 will add a 420-horsepower eight-cylinder gasoline engine to the formula. Carlisle said the ZR2 could account for more than 10 percent of Silverado sales.

Ford’s Raptor has a starting price of almost $ 66,000 (around Rs. 48.4 lakhs). Carlisle said Chevrolet’s ZR2 would be more “accessible” with a lower starting price.