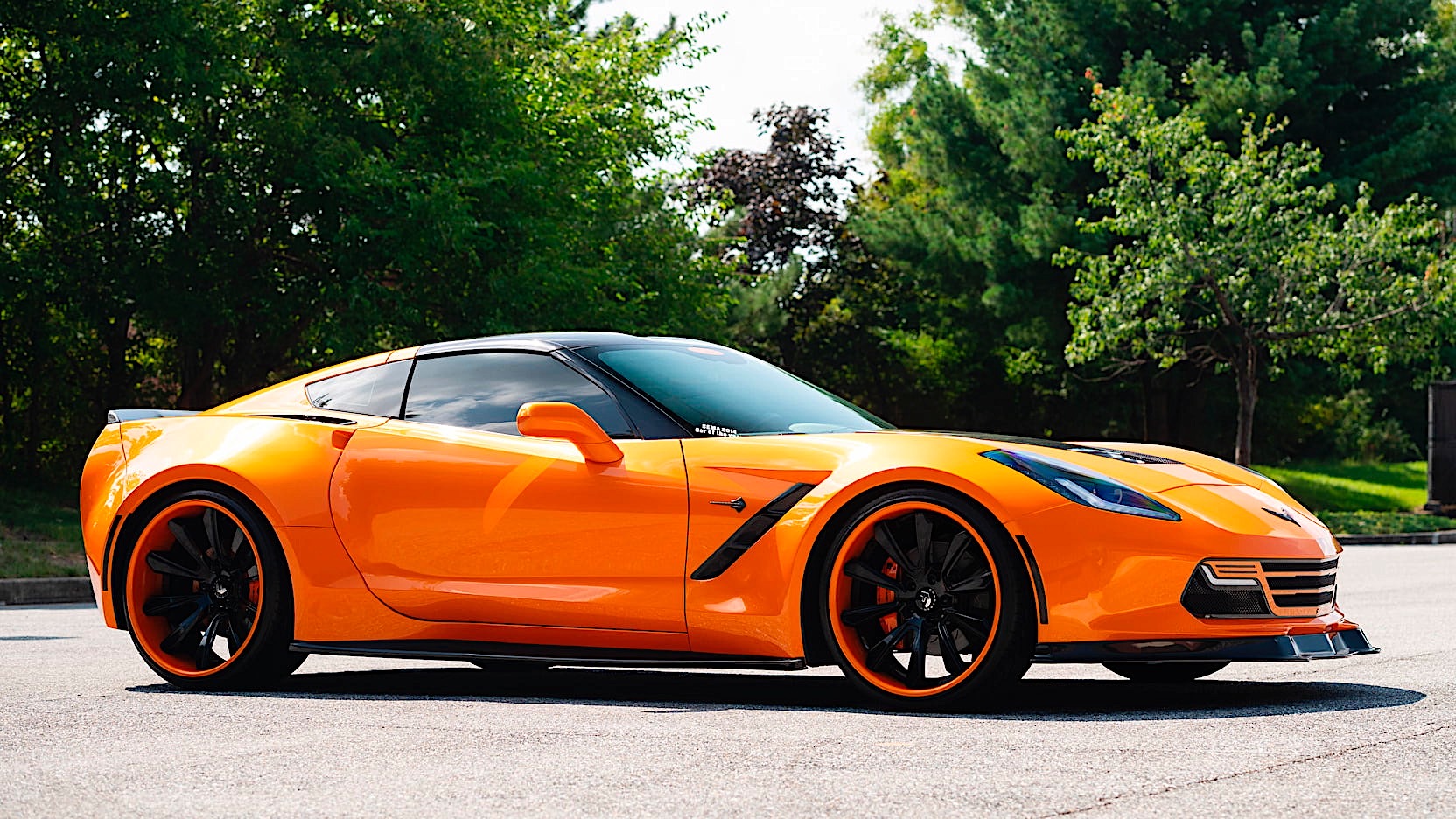 2014 Chevrolet Corvette Z51 Forgiato once rocked SEMA, can be had with a few miles

As if they were trying to make up for the absence in 2020, SEMA attendants bring an incredible number of builds to the floor of the Las Vegas Convention Center. But with all this new stuff out in the open, we all got nostalgic and started looking for past projects that, during their time, redefined what SEMA is.

Our research brought us this week to an incredible Corvette which in 2014 was named SEMA Car of the Year. Luckily, we not only stumbled upon it in a seven-year-old article, but found it relevant again, as it’s one of the many cars that will come under Mecum’s hammer. in the early days of 2022.

The widebody construction is one for the ages, there’s no denying it. With the body panels wrapped in Sunset Pearl Orange and with a carbon fiber Targa top on a black interior to complete things, this Corvette is one of the more special collectors to get your hands on.

Designed to shine on the Forgiato booth at said event, this flavor of the American sports car comes with 21 and 22 inch black and orange Forgiato wheels and shod with Toyo tires. The same company is responsible for the LED grille that went into construction, making it one of the most spectacular Vette headlamps on the market.

The engine of the Corvette is the original one, that is to say the powerful 6.2-liter V8 cradling an Edelbrock E-Force compressor and linked in this particular case to the 6-speed paddle transmission with automatic mode. . Back then (and probably also now, given that the car was barely driven), the powertrain generated a massive 455 hp of power, allowing the machine to go from standstill to 60 mph in less than four seconds.

As we said, the car sells, and it does with just over 1,660 miles (2,600 km) on the clock. It is listed without reservation, and no mention is made of what it should report.

The 2014 Chevrolet Corvette Z51 Forgiato is part of the Jerry Brewis collection which sends under the hammer Mecum no less than 45 cars, including the Corvette AAT we talked about yesterday, and a 2017 Grand Sport Heritage Edition or a 2009 ZR1