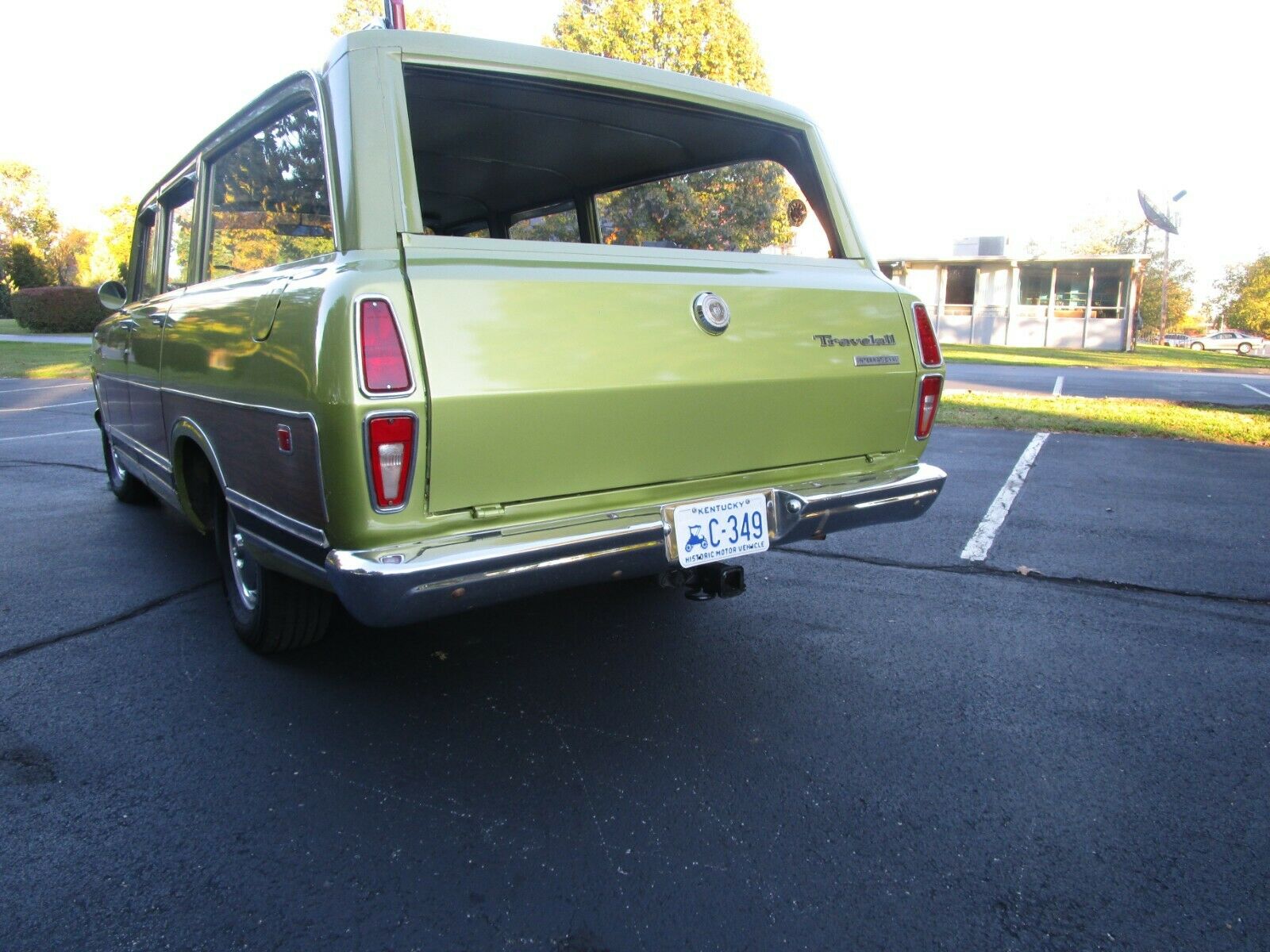 1971 International Travelall is a rare survivor, will take you anywhere

Launched in 1953, the International Travelall was an early competitor to the Chevrolet Suburban, the great-grandfather of the modern SUV. Derived from a light truck, just like the Suburban, the Travelall remained in production for 22 years, during which four generations were made. Come 2021, and these vehicles are among the rarest of their kind.
Originally a full-size three-door SUV, the Travelall was designed around the same idea as the Chevy Suburban: to provide seating for the whole family while still having room for luggage and gear.

An exclusive inline-six vehicle until 1961, the Travelall began arriving at dealerships with V8 units from the third generation onwards. It was at this point that International began to market the SUV as a powerful transporter that, in addition to being able to carry six people with their equipment, could also pull a full-size trailer.

I think the third generation Travelall is the coolest in terms of looks. Sure, it’s quirky and barn-style trunk doors aren’t for everyone, but that’s exactly what I love about her. But if you like more traditional, squarer SUVs, the fourth-generation version is a more attractive choice. And more powerful too, since it came with a pair of large V8 engines.

If you like a somewhat rare classic transporter, this 1971 Travelall is up for grabs. And what’s cool is that it’s in its original condition, a rare feat for a Travelall. The green paintwork is surprisingly beautiful, while the matching interior, which includes dark green seats with gray inserts, looks even better.

International Harvester offered no less than four different V8s with the fourth-generation Travelall, down to the massive 401 cubic inches (6.6 liters) made by AMC. This SUV is equipped with International’s 345 cubic inch (5.7 liter) V8, but is very powerful with 200 horsepower and 309 pound-feet (419 Nm) of torque. The seller says it works and rides as it should, so it will take you anywhere even if it just turned 50.

Located in Lexington, Kentucky, this nearly pristine Travelall is being auctioned off by EBay seller “ganbu93” at this moment. The auction is $ 11,200 with about four hours remaining, which is well below the average value of a 1971 International in excellent condition. It’s also about half the price of a Chevrolet Suburban from the same era.

Buy an EV and “never worry about gas prices again”