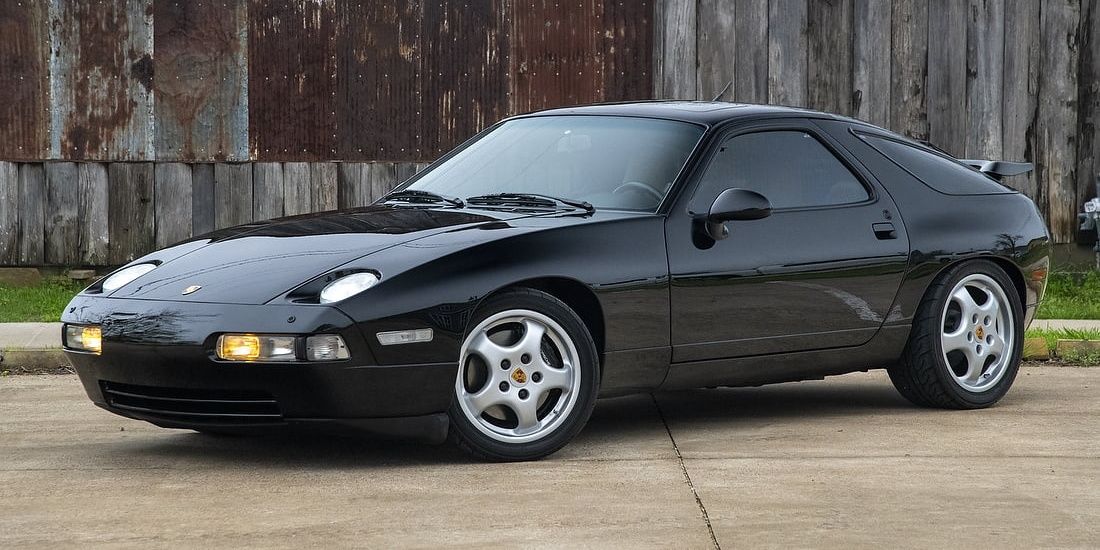 Companies in the automotive industry allocate significant resources to come up with vehicles that sell like hotcakes. Funds invested in the design phase vary greatly from car to car, but some of the most revered modern sports often cost a few hundred million dollars to become true working vehicles. However, not all cars are created equal.

RELATED: These Are The 10 Most Devastating Failures In The Automotive Industry

There are times when exceptional vehicles fail despite the best efforts of automakers. These sports cars had the recipe for success, but no one bought them. Whether due to a lack of effective marketing campaigns or the competition entering the market earlier with a similar vehicle, some sports cars had the same fate as expired bread on a store shelf.

The Bavarian automaker has always been one of Europe’s most respected automakers. After testing some revolutionary technologies on the battlefield during WWI and WWII, BMW refocused on making passenger cars that only true connoisseurs would sacrifice their children’s college funds. At the end of the 1950s, BMW arrived with one of its most important sports cars.

The BMW 507 is one of those classic European sports car gearheads to donate a fortune for. Being one of the rarest BMWs ever made with just 253 units, the 507 is worth nearly $2 million. Being slapped with a high price is nothing new. In the 1950s, BMW marketed the 507 in the United States for nearly $10,000, or about $100,000 in 2022 inflation-adjusted dollars. Production of the 507 not only stalled, it nearly bankrupted BMW.

Founded in 1963 by Ferruccio Lamborghini, Lamborghini’s eponymous sports car company hit the nail on the head from the start. With cars such as the 350 GT and the Miura, Lamborghini showed that it was aiming for Ferrari’s jugular. Until today, whenever we talk about supercars, the rivalry between the two high-end Italian manufacturers returns.

RELATED: Relatively Cheap, But Incredibly Rare: The Lamborghini Jalpa Is The Collector’s Dilemma

The Lamborghini Jalpa is far from unattractive. With a smoother physique than the Countach, the Jalpa comes with a 3.5-liter V8 that develops 255 horsepower at 7,000 rpm and 225 lb-ft of torque at 4,000 rpm. Unfortunately, the Jalpa was made between 1981 and 1988, during which time the Countach paved the way for Lamborghini’s dominance.

There are times when an automaker’s most capable vehicle can be both a blessing and a curse. At Porsche, the iconic 911 and its flat-six engine are the hallmark of Porsche ingenuity and craftsmanship. As the 911 crushed its competition on and off the track, Porsche was already working on the next blockbuster sports car. Sometimes the business was successful, but sometimes it failed to a point of no return.

When introduced in 1978, Porsche fans could not fathom that the 928 was equipped with a V8. Over time, Porsche offered several trim levels, including the GTS. Equipped with a 5.4-liter V8 that develops 345 horsepower at 5,700 rpm and 369 lb-ft of torque at 4,250 rpm, the GTS was synonymous with business. Unfortunately, by the time the 928 GTS landed in America, its price had hit just over $100,000. Needless to say, it didn’t sit well with potential buyers.

When it comes to American sports cars on steroids, the first two names that usually pop up are the Mustang and the Camaro. For more than four decades, the two pony cars have been fighting. Even if the Mustang emerged victorious in terms of sales, the Camaro remains an excellent sports car. When Chevrolet introduced its fourth-generation Camaro, it offered a car that piston heads wouldn’t necessarily find appealing.

The 2001 Chevrolet Camaro Z8 could become one of the Camaros that will soon be worth a fortune. While not the top-of-the-line Camaro that year, the Z28 is still a decently powered muscle car. The 5.7-liter LS1 V8 develops 310 horsepower at 5,200 rpm and 340 lb-ft of torque at 4,000 rpm. The main problem with the 2001 Z28 is the fact that it was the worst generation Camaro. Chevrolet would eventually retire the Camaro for nearly a decade after this failure.

First sold in 1964, the Pontiac GTO is an American icon that absolutely needs no introduction. Compared to the Ferrari 250 GTO due to its name, the Pontiac GTO has been put to the test in real life and fared well. However, over the decades John Delorean’s baby eventually lost his appeal. The last GTO ever made proved that American automakers can still make a decent muscle car.

The latest generation GTO was different from its predecessors. Its physique is quite bland and reminiscent of the fourth generation Camaro. Things are looking up considerably in the power department. The 6.0-liter V8 develops 400 horsepower at 5,200 rpm and 400 lb-ft of torque at 4,000 rpm. With an MSRP of $31,290, the GTO was cheaper than the $31,840 Mustang GT of the same year. The GTO is also 100 hp more powerful than the Mustang GT.

The defunct automaker Pontiac made several outstanding vehicles before its demise. The latest Pontiac GTO, Grand Prix GXP and G8 GXP were incredible cars that muscle-heads should have fallen in love with. They all had decent power and had enough potential to be transformed into beasts of the seventh layer of Hell. Unfortunately, even the G8 GXP didn’t help Pontiac stay afloat.

RELATED: Here’s What Makes the Pontiac G8 GXP So Special

In 2009, the brutal 6.1-liter Hemi V8 found on the 300 and Charger SRT-8 was taking its toll. While it’s fair to say it’s a terrific engine, other outstanding muscle sedans have ended up being completely eclipsed. The incredible Pontiac G8 GXP comes with a 6.2-liter LS3 V8 developing 415 horsepower at 5,900 rpm and 415 lb-ft of torque at 4,600 rpm. However, that wasn’t enough to dethrone the once hated Dodge Charger.

The UK automotive landscape is crazy. From car makers such as Rolls-Royce which focus more on luxury and comfort to others such as McLaren which are all about performance, an affluent gearhead can find it all in the UK. Aston Martin decided to find common ground by offering both luxury and sportiness. Le Virage was born.

Aston Martin actively tried to diversify its range in the 2010s. Aston Martin Rapide was the first saloon ever made by the British automaker for example. Wanting to generate more revenue, Aston Martin continued to mix luxury and sportiness. Le Virage was born. Unfortunately, the Virage didn’t do well because it wasn’t luxurious enough for people wanting to shine, and not sporty enough for serious gearheads.

Since its introduction to the American market, Lexus has shown that it can easily combine luxury, comfort and power. However, over time, Lexus showed that it wanted to offer more than just stylish sedans. In 1992, Lexus introduced the V8-powered SC400. In 2008, the absurd IS F and its 416 hp were made available to the public. It was only a matter of time before the Japanese automaker offered its own version of the Acura NSX.

There are several reasons why the Lexus LFA is worth every penny. First, it is the very first supercar made by Lexus. Second, it comes with a stout 4.8L V10 that develops 552 horsepower at 8,700 rpm and 354 lb-ft of torque at 6,800 rpm. Going from zero to 60 mph in 3.2 seconds, the LFA is up there with some of the most revered sports cars in the industry. Unfortunately, the $350,000 price tag was just too high for potential buyers.