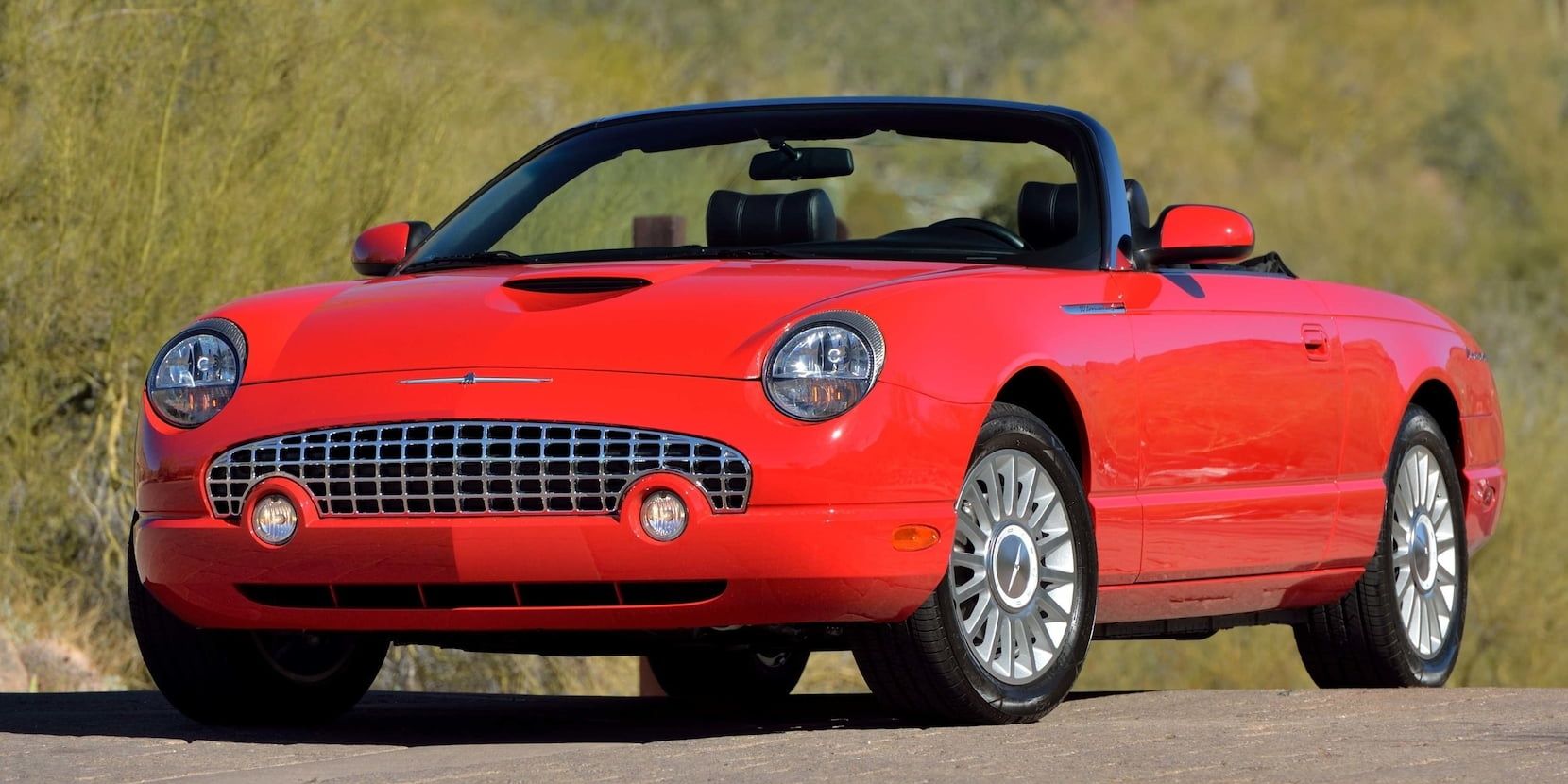 Motor vehicles have come an incredibly long way since their appearance after the industrial revolution. From the moment cars began to be mass-produced, gearheads all over the world developed a taste for these machines. Since then, many early models have exploded in value. These cars have even earned their place in some of the most respected museums.

RELATED: How to Determine Whether a Car Will Increase in Value

That said, not all cars have received the same love. Some of the cars that most enthusiasts hate are just a hot mess. While these cars are horrible for various reasons, the end result is the same. They are a laughing stock that only car fans with an emotional connection to these cars would love. Automakers have made many downright disappointing vehicles over the past 100 years.

The Crosley Hotshot Roadster is one of those obscure convertibles that most people have never heard of. Being one of the first compact sports cars released after World War II, the Hotshot was truly a mess. Powered by an ugly 44 cu in inline-four that put out 26.5 hp, the Hotshot may have excelled in pro racing, but it failed to win the hearts of gearheads like the 1949 Oldsmobile 88 Rocket.

In 1953, Chevrolet released its iconic Corvette. The Corvette set the tone for a new generation of sporty American cars. Following the economic recession of the late 1950s, Chevrolet decided to add a car that could compete with the Volkswagen Beetle. The Chevrolet Corvair became available to the public in 1960. Hoping to be as successful as the Beetle, the Corvair was ahead of its time in the American market.

While the Volkswagen Beetle was a worldwide hit, the Chevrolet Corvair was essentially a coffin on wheels. Its rear-engine configuration combined with the transaxle system created a weight imbalance resulting in handling issues. In the book titled Dangerous at any speed, Ralph Nader details why crashes with the first generation Corvair kept happening.

Founded in 1899 by the Renault brothers, Société Renault Frères was the second French automobile company that still exists today. Following a fate similar to that of the Dodge brothers, two of the three Renault brothers died prematurely. This tragic event did not seal the deal for Renault. The French automaker went through two world wars and started to show its teeth during the post-war period.

The Renault Dauphine was one of Renault’s first successes in the United States. However, things quickly turned sour when motorists realized that the Dauphine’s design was essentially as bad as the Chevrolet Corvair’s. In addition, the Dauphine had serious rust problems. As is commonly noted among French cars of yesteryear, the Dauphine was as fast as a snail.

The Volkswagen Beetle really shook up the national automotive scene. In an effort to counter the affordable and intriguing Beetle, Ford released several vehicles, including the Pinto. Smaller and much cheaper than the Mustang and Torino, the Pinto was the logical answer to compact imports from Europe and Japan.

Kaboom! The Ford Pinto is here. Ford executives botched the Pinto, which doomed its future. Ford management was fully aware of the problems that would arise from not equipping the Pinto with the proper equipment. In the end, the Pinto ended up being a feisty mess on wheels that would explode in a rear-end crash. Needless to say, the Pinto got a bad rap.

Triumph is best known for its exceptional motorcycles. However, the British company began venturing into four-wheeled vehicles in 1923. From 1923, Triumph produced a myriad of exceptional cars. One being more luxurious than the other, Triumph has had several successes. However, the Stag is a failure of Triumph.

RELATED: 10 Things Only True Gearheads Know About Triumph And Their Cars

The Triumph Stag could have been another home run. With his very British physique, the stag looked the part. Under the hood is a 3.0-liter V8 capable of developing 145 horsepower and 166 lb-ft of torque. Unfortunately, the V8 found in the Stag is one of the worst V8s ever made. The V8 design caused so many problems that the Stag ended up being a huge disappointment.

Cadillac is well known for being the number one luxury car brand in America. Rivaled primarily by Lincoln at home, Cadillac cars are on par with high-end Mercedes-Benz and Lexus. From the 1950s through the mid-1970s, Cadillac was making one luxury boat after another. However, as the Age of Malaise set in, things quickly deteriorated.

In the 1980s, Cadillac deployed technology commonly used today. Variable displacement is present on a variety of vehicles. However, the technology was not what it is today when Cadillac decided to apply it to some of its vehicles, including the Fleetwood. The computer paired with the L62 V8-6-4 simply couldn’t keep up, leading to a plethora of issues. Cadillac would eventually retire the V8-6-4 before losing more customers.

When it comes to very exclusive, sporty and elegant cars, nothing comes close to Ferraris. Since the company was founded in 1947, the Italian automaker has proven time and time again that it is fully capable of making sports cars that will turn heads on and off the track. That said, Ferrari made a few mistakes along the way.

RELATED: Why the Mondial Is Ferrari’s Worst Model

It’s fair to admit that the Ferrari Mondial isn’t quite as disastrous as some technologically weakened death traps set by other automakers. The problem with the Mondial is that it’s not what car enthusiasts expect from a Ferrari. With a 3.2-liter V8 developing 270 hp and 224 lb-ft of torque, the Mondial is not remembered as a real Ferrari. The knockout blow is that the Mondial was too cheap, which is an insult to Ferrari owners.

Defunct automaker Pontiac once made some of America’s best cars. From the Tempest to the GTO, several Pontiac cars have become legends among domestic car enthusiasts. One of Pontiac’s most popular sports cars, the Firebird, has undergone several makeovers over the years. However, things went wrong in the early 80s.

The 1969 Pontiac GTO should be on your must-have list, not the Firebird SE. In 1982, Pontiac achieved the unthinkable by equipping its Firebird SE with a 2.83-liter LC1 V6 that produced a heart-rending 102 horsepower and 142 lb-ft of torque. Those numbers would have been acceptable in the late 1940s, but not in 1982. The only reason anyone should buy a 1982 Firebird SE would be to swap the engine out for something powerful.

Fiat is best known for its 500 compact. While the Italian automaker hit the nail on the head with the 500, the company has released a decent number of amazing vehicles. For example, the 1952 Fiat 8V Zagato is a classic sports car worth over a million dollars today. At the end of the 90s, Fiat decided to offer a family vehicle that was sure to turn heads and become a classic.

The Fiat Multipla was an incredibly eccentric and ugly family car. Designed by Roberto Giolito, the Multipla is a hideous six-seater powered by engines no one would ever find exhilarating. The Multipla became the butt of the joke along with the Pontiac Aztek. If the Multipla is today a benchmark in the automotive landscape, it remains a bit of a clown car.

Ford knows success very well. From the Model T to the Mustang, Ford Motors has been a true pioneer in the automotive industry. Following the release of the Corvette, Ford decided to counterattack by launching the mythical Thunderbird. The Thunderbird was so successful that celebrities such as Frank Sinatra and Marilyn Monroe fell in love with it.

When you look at the evolution of the Ford Thunderbird, it’s fair to say that things have gone downhill. The Thunderbird began to lose its appeal in the late 70s. However, things got very ugly when Ford followed the trend at the time. While most domestic automakers gave some of their vehicles a classic twist, Ford brought back the Thunderbird with a classic yet modern look. The experiment was a dismal commercial failure.

Tesla Supercharger ICE’d By Chevy Silverado Left Idling One Day, A Lamborghini The Next