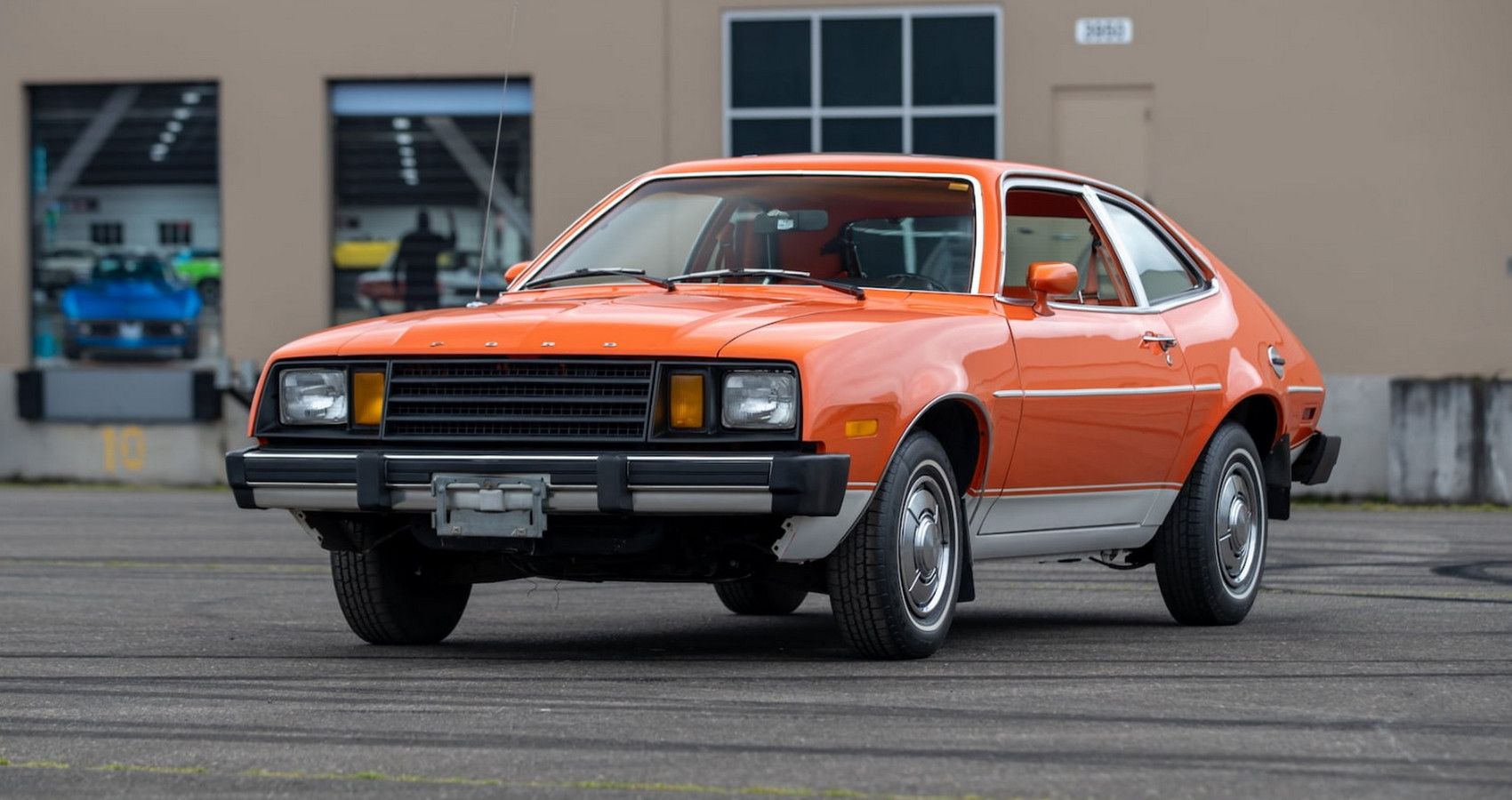 The automobile has had an immeasurable impact on history. Its invention and evolution transformed human culture and the environment. But despite all the massive advantages of the cars, they also turned out to be quite dangerous. At each stage of their evolution, cars have only been as safe as the existing level of technology allowed.

In the 1970s, American automakers faced different kinds of challenges. On the one hand, there were federal regulations and, on the other hand, decline in sales due to competition more efficient imported compact cars. In the quest for better gas mileage, most manufacturers rolled out models like the AMC Pacer and Pinto. Some of these compact cars were not only unreliable, but they were also downright dangerous. Unfortunately, some of these horrors are available today as classic cars. So said, here’s a list of the most dangerous ’70s cars you could drive.

Upon release, the Pinto received a decent reception which resulted in over 3 million units being moved over its 10-year production run. Precipitated on the market, the Pinto was equipped with an automatic transmission which caused accidents by passing a gear without the knowledge of the driver.

Another design flaw was the placement of the fuel tank next to the rear bumper, which caused fires or explosions when in the rear, even at low speeds. The the death toll was highyet Ford, knowing of the design flaw, refused to fix it, opting instead to pay the settlements.

While the Sudden Unintended Acceleration (SUA) problem was not new, the Audi 5000’s problem outnumbered the others. Whether it’s a malfunction in the idle stabilization system or driver error as Audi claims, the complaints just keep piling up.

In all, more than 1000 unintentional acceleration incidents resulted in approximately 700 crashes, and several deaths have been reported. After three recalls, Volkswagen added a shift lock to all Audi 5000 models to fix the problem once and for all.

Introduced in 1970 with a 90hp I-4 engine under the hood, the Chevrolet Vega was never meant to blow doors. Despite this, it was well received by the public and received rave reviews and awards from top automotive magazines of the time.

It wasn’t long before the complaints started rolling in, and after 3 massive recalls in 1972, the Vega’s reputation was completely stained. Common problems included early rusting, faulty axles that could separate from the housing, and fires caused by engines that violently backfired.

Introduced in 1971 at the Montreal Auto Show, the HC generation Vauxhall Viva, named “Firenza”, was affordable, sporty and comfortable. However, it was poorly built, and reports of its many failures began early. Some of its reliability issues were faulty electrical systems, engine fires, brake failure, and loss of steering.

Others were sticking accelerator pedals and an alarming rate of corrosion causing parts to spontaneously fall off. It was so bad that the angry owners formed an association and eventually launched Canada’s first class action lawsuit over the Virenza’s defects.

Launched in 1973 and nicknamed “the Wedge”, the Leyland P76 competed in the Australian full-size sedan market alongside the Ford Falcon and Holden Kingswood. Designed and built from the ground up, it was hastily assembled and released to the market where it first performed credibly.

The future was indeed bright. However, a series of problems with poor build quality soon emerged – poorly sealed doors allowed rain and dust to freely enter the cabin while driving. Additionally, with windows and some interior fittings steadily falling off, sales plummeted and the P76 was retired after only 18,007 built.

Launched as a replacement for the TR6 in 1974, the TR7 received favorable reviews for its spacious interior and great driving dynamics. While some may find it bold and attractive, it has been widely ridiculed for its design. Triumph offered the TR7 as “the shape of things to come”, a moderately priced vehicle with less maintenance.

However, it turned out that there were quality issues, including rusting bodies and engines that were leaking oil. By the time the quality improved with a move to a new production facility, it was too late to salvage its reputation.

RELATED: Here’s Why The Toyota MR2 Spyder Is Among The World’s Most Dangerous Cars

The Triumph Stag is a stunning 2+2 sports car designed to rival the Mercedes-Benz SL-Class. When it ran, the Stag emitted a soundtrack to die for, was lively and fun to drive. Under the hood, lies the singular source of the Stag’s horrible reputation.

Seriously underdeveloped, the Triumph V8 had problems with timing chains, aluminum heads and main bearings. Additionally, the shaft-driven water pump was prone to failing or causing a leak that could quickly drain the cooling system and cause serious problems.

With an unusually wide body for its small size, the AMC Pacer also boasted a longer right door for easier access to the rear seats. Originally designed to take a rotary engine developed by GM, it ended up with a monstrous inline-6 ​​unit when GM disconnected the rotary engine.

Thanks to a huge glass area, the occupants were grilled on hot days because the overworked air conditioning system couldn’t keep up with the heat. Besides being a rust bucket, the Pacer also had heavy doors that sag on their hinges and parts fall out.

RELATED: Why the AMC Pacers Are Finally Getting the Respect They Deserve

The Plymouth Volare and the nearly identical Dodge Aspen are a range of compact cars offered in coupe, sedan and wagon body styles. By cutting corners on most pre-production test procedures, management pushed the Volare into premature production. It wasn’t long before reliability issues arose.

Some Volares rusted before they even got to dealerships. Other build quality issues were failing seat belt tensioners, faulty steering columns, and corroded brake lines. In addition, he suffered from chronic stalling and in the event of hard braking, the suspension could come loose. For its range of failures, the 1976 model alone has been recalled at least 8 times.

Introduced in 1975, the Chevrolet Chevette was a small car that earned a big reputation for utter misery. Thanks to its dismal performance and poor build quality, it ended up on many “worst car” lists. Another case of rushed delivery, the Chevette was not only underpowered, but also poorly built and mechanically broken down.

High on its list of problems were the clumsy suspension and poor brakes. Despite all the criticism, the Chevette ironically grew to become a bestseller with nearly 2.8 million units leaving dealerships.