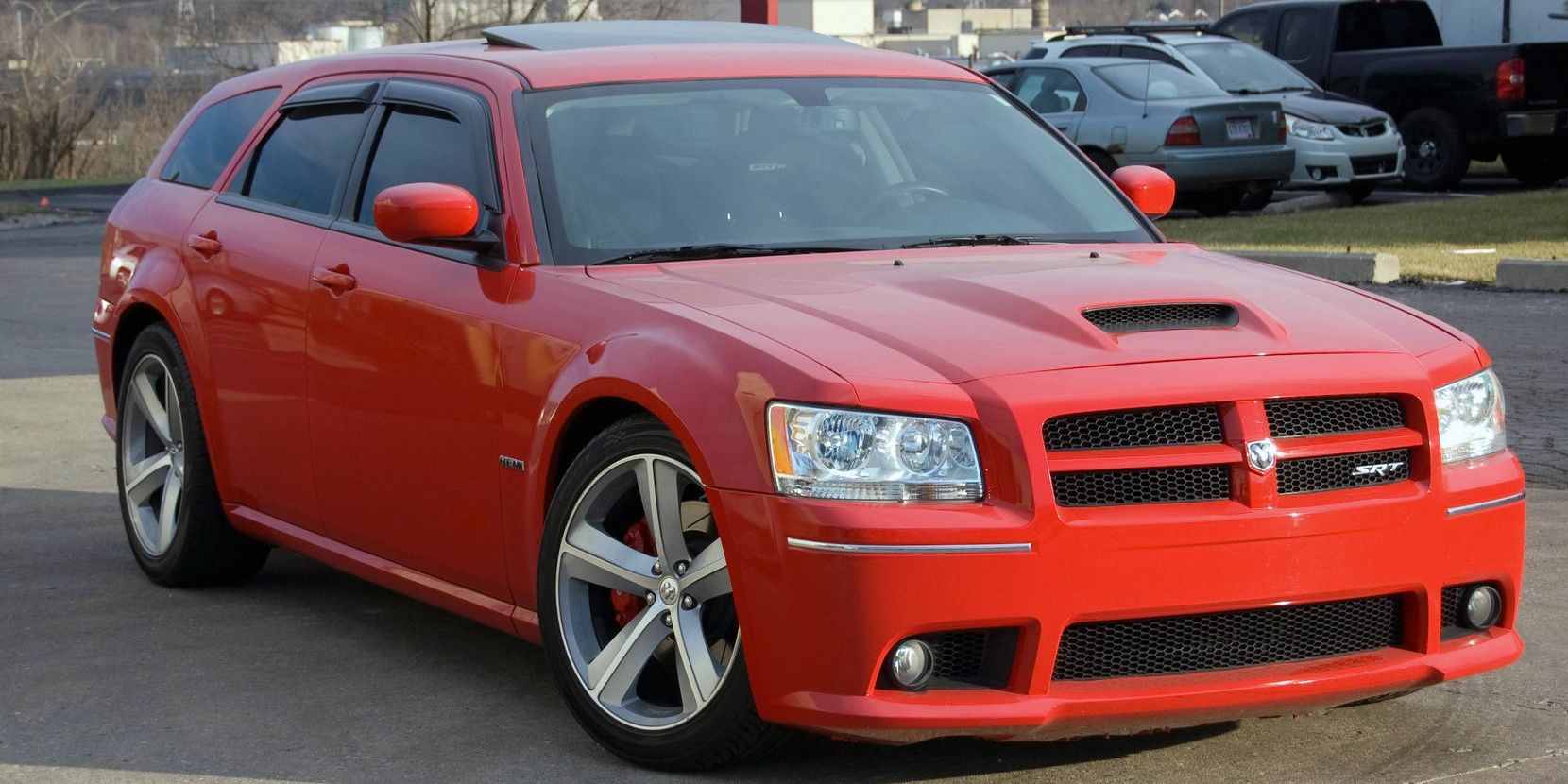 10 Everyday American Cars That Will Soon Be Worth A Fortune

RELATED: 15 Cheap Cars That Are Appreciating In Value Fast

Determining how to determine if a car will appreciate in value can be a tricky process. American automakers have released a myriad of vehicles that have performed amazingly over the decades, while others have simply topped off. Plus, several sought-after classics were just regular cars in their time. Several American cars considered average are now seeing their value climb.

American muscle was slowly dying in the 1980s. In 1984, the Chevy Corvette came with a 205 hp 5.7L L84 V8. Things did not get better since in 1986, Pontiac equipped the Firebird with a 5.0L V8 developing 150 hp. Frankly speaking, the muscle car scene was in shambles. One of the few brands producing decent all-American cars was Buick.

RELATED: Why This 1987 Buick Grand National Isn’t Quite What It Seems

Dodge introduced its legendary Viper in 1991. Being one of the few sports cars in Dodge’s lineup, the automaker soon realized that it was imperative to include something much more affordable. Domestic automakers began designing badges for many of their existing and new nameplates in the 1980s. The trend remained heavy until the early 1990s.

The Dodge Stealth R/T Twin Turbo is crazy. The top trim level comes with a twin-turbocharged 3.0L 6G72 V6 developing 300 hp to 320 hp at 6,000 rpm and 315 lb-ft of torque at 2,500 rpm. However, these numbers were not enough to attract domestic gearheads. Despite being a badge-engineered Mitsubishi 3000GT VR-4, the Dodge Stealth R/T is still a real gem that doesn’t depreciate as quickly as other forgotten cars.

Cars such as the Dodge Charger Hellcat and the Cadillac CT5-V Blackwing are the best muscle sedans on the market. Their respective successes eclipsed the muscle sedans of yesteryear. Chevrolet has launched one of the most remarkable muscle sedans. The Impala SS was a beast that muscled heads will always fondly remember.

The 1996 Chevrolet Impala SS is the ultimate muscle sedan of the ’90s. Powered by a naturally aspirated 5.7-liter LT1 V8 that develops 260 horsepower at 5,000 rpm and 330 lb-ft of torque at 2,400 rpm, the Impala SS was far more interesting than other American performance sedans of the time. According to Hagerty, a 1996 Impala SS in concours condition is worth around $51,800.

Oldsmobile was no longer relevant by the time 2001 rolled around. The American automaker completely lost the plot in the late 70s and early 80s. While Oldsmobile went above and beyond to find its new position in the market, it failed to retain its supporters and come up with vehicles that people would like. That said, Oldsmobile produced a manual sleeper before it disappeared.

Oldsmobile was on the verge of collapse when the Aurora became more interesting. Oldsmobile stepped forward with a naturally aspirated 4.0L L47 V8 capable of producing 250 hp at 5,600 rpm and 260 lb-ft of torque at 4,400 rpm. The Aurora V8 was the latest vehicle from Oldsmobile that deserved attention. Therefore, the edgier Aurora V8 will most likely become a collector’s item for years to come.

Mercury got its start in 1938 when Edsel Ford decided to include a mid-range brand in the Ford Motors portfolio. Although Mercury cars tend to fly under the radar, the company has made several cars that pack a punch. One of Mercury’s biggest nameplates, the Marauder, is an American car that has been attracting more and more car enthusiasts over time.

The Mercury Marauder was the muscle sedan of the early 2000s. Using the same body as the Ford Crown Victoria, the Marauder proved that Mercury was once a step above Ford. The Marauder is easily recognizable as it looks more ferocious than the Crown Vic. Under the hood is a naturally aspirated 4.6L DOHC Modular V8 that develops 302 horsepower at 5,750 rpm and 318 lb-ft of torque at 4,250 rpm. The last Marauder will be a retro muscular sedan in about ten years.

Former automaker Pontiac was once one of America’s most promising automakers. Until the mid-1970s, Pontiac was at the top of its game. Releasing one instant classic after another, the Detroit automaker was the best alternative to sports cars from Ford and Chevy. Over time, Pontiac lost its magic. Before its disappearance, Pontiac tried one last time to show that it still had it.

The Pontiac GTO is among the many American cars that gearheads wish they had succeeded but didn’t. The last GTO looked like a bar of soap. It was, at that time, one of the most bland muscle cars. However, things were quite interesting in the power department. The GTO came standard with a 6.0L LS2 V8 developing 400 hp at 5,200 rpm and 400 lb-ft of torque at 4,000 rpm. The GTO fell apart when it was released, but it will likely become valuable in the future.

Dodge shook up the automotive scene of the mid-2000s. Unlike Ford and Chevy, Dodge managed to bring back the nameplates of yesteryear. The Magnum, followed by the Charger and the Challenger, received a mixed reception. That said, gearheads nationwide have come to love these exceptional Dodge cars. However, the Magnum did not have enough time.

The Dodge Magnum SRT-8 was hilarious for some, but true petrol enthusiasts have noticed its enormous potential. Unfortunately, the Magnum came out at the wrong time. Station wagons were no longer the go-to family cars, and the Great Recession had a negative impact on the wallets of American households. A gas-guzzling wagon equipped with a 6.1L HEMI V8 developing 425 hp at 6,000 rpm and 420 lb-ft of torque was doomed in 2008. After manufacturing 232 units, Dodge discontinued the production.

Mercury is well known in the automotive scene. Saturn, on the other hand, is not. Owned by GM, the forgettable car brand was founded in the late 80s. Saturn cars are not memorable because nothing in this world was ever made. Opting for the badge-engineered option, GM offered the Saturn Sky Redline. Although forgotten, the Sky Redline remains a formidable roadster.

When looking back at the underrated Saturn Sky Redline, it’s fair to say it was going to fail. Despite its cool physique taken from the Opel GT, the Saturn name was already synonymous with a siesta party. The Sky Redline was slightly different. The roadster came standard with a 2.0L turbocharged inline-four developing 260 hp at 5,300 rpm and 260 lb-ft of torque at 2,500 rpm. The Sky Redline could one day become the new AMC Gremlin.

Cadillac is America’s most luxurious car brand. The Detroit automaker has produced many outstanding vehicles since its inception. From the Series 61 to the most recent CT5-V Blackwing, Cadillac has never failed to design breathtaking cars. Although Cadillac is one of the most revered American car brands, the company has made a few mistakes along the way.

RELATED: These Are 10 Of The Coolest Cadillacs Ever Made

It’s safe to say that the Cadillac XLR-V was a dismal commercial failure. Instead of going ahead with a modified version of the LS7 or LS9 found on the Corvette C6 Z06 and ZR1, Cadillac adopted a supercharged 4.4L Northstar V8 developing 443 hp at 6,400 rpm /min and 414 lb-ft of torque at 3,900 rpm. Even though Cadillac never hit its sales forecast, the automaker has created a performance car that will likely become a classic in a decade or two.

The domestic automobile industry has undergone several changes. As a result, it was becoming increasingly difficult for American companies to design cars that would directly compete with Japanese and German imports. Ford has done everything possible to adapt to these changes and find ways to cut the grass under the Japanese and German automakers. One of the cars that helped Ford achieve this is the Taurus SHO.

There are several things gearheads forgot about the Ford Taurus SHO, like the fact that the very first Taurus SHO hit the streets in 1989. The SHO was the first decent muscle sedan made by Ford. In 2010, Ford repeated the experience. This time around, the Taurus comes standard with a twin-turbocharged 3.5-liter EcoBoost V6 capable of developing 365 horsepower at 5,500 rpm and 350 lb-ft of torque at 3,500 rpm.