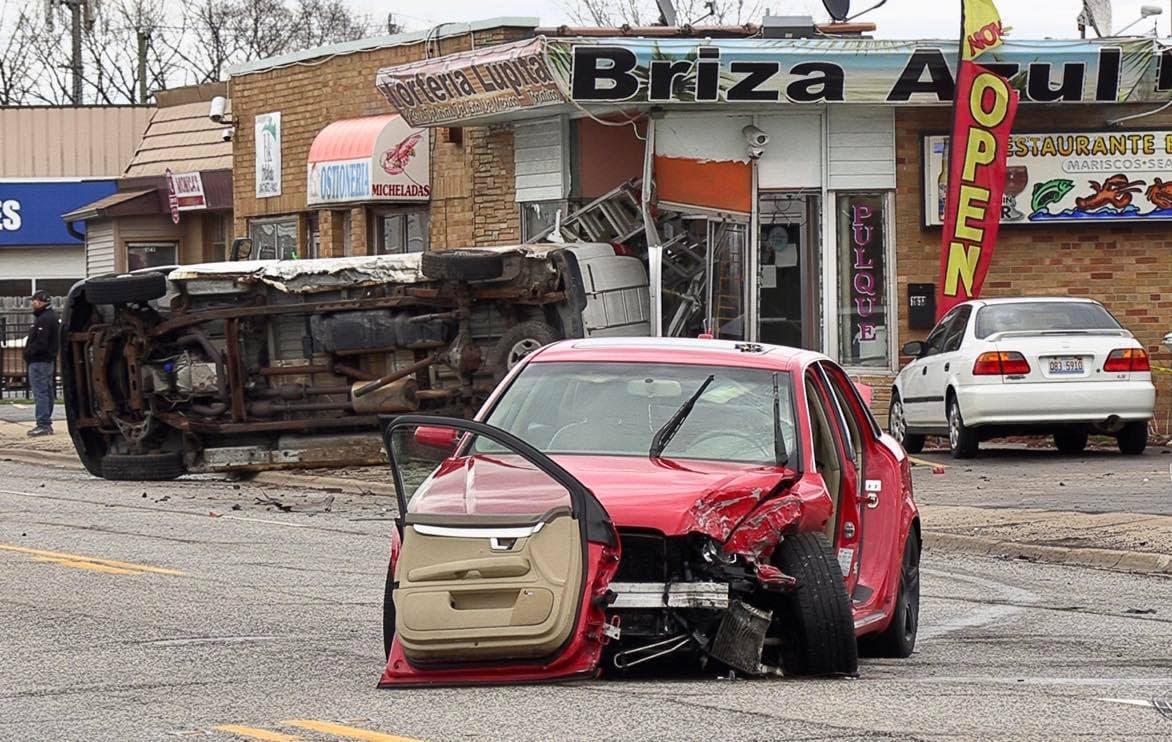 A person was taken to hospital after a truck and car collided and the truck overturned into an apartment building Saturday morning in Waukegan.

The Waukegan Police Department and Waukegan Fire Department responded at approximately 11:15 a.m. Saturday in the Belvidere Street and Fulton Avenue area to report a vehicle crash with injuries.

The two vehicles were both traveling westbound on Belvidere Street when one of the vehicles attempted to change lanes, hitting the other vehicle, Florip said.

The Chevrolet van overturned on its side and into the Ostioneria Briza Azul restaurant, 1611 Belvidere Street.

The main entrance to the restaurant was damaged. The Waukegan Building Department was called to the scene.

Florip said the driver of the Audi was taken by ambulance to a local hospital. They have since been treated and released.

The driver of the Chevrolet truck did not need to be taken to hospital.

Westbound Belvidere Street was closed for more than an hour on Saturday until vehicles were towed from the scene.

No citations have yet been issued pending an ongoing investigation by the Waukegan Police Department.

Back to the 1959 Chevrolet Impala